Poppa D and the Aggravators

Poppa D And The Aggravators are a three man wrecking crew from Cleveland Ohio.This Award winning band with a sizeable fan base will play any venue large or small. They simply offer a pure musical experience that will captivate your audience, and leave them understanding that they just witnessed something extraordinary..

In this sterile digital world where people record music on cell phones and download it so fast and often it becomes meaningless, Lives a band that still believes that music is a living breathing thing and when done right it can speak to the souls of men.  Poppa D has spent his life in pursuit of this pure sound. His recording career spans over 26 years. During that time he has received dozens of awards, most recently an Ohio Music Award for “Best Blues Album of the Year”. Poppa D and The Aggravators has become the world’s favorite independent band. They enjoy steady radio rotation in France, Germany, Norway, The Netherlands, and Denmark just to name a few. They are also a staple on many college radio stations and internet radio in the United States and all of this done without the aid of a major label.
Poppa D and the Aggravators is a crowd pleasing band. They engage, entertain and forge a relationship with the audience. Fans are Friends, and Friends are ardent supporters. They have an original catalog of over 75 songs and 300 covers that are done with their twist. No venue is too small and no stage is too big for The Aggravators. They have the ability shape their show to the audience at hand, meaning no two shows are alike. The music features the world class blues/rock guitar styling’s of Poppa D and alongside of him is always his harmonica player, “Too Tall” Eddie B. Together they forge a new sound where the guitar and harmonica play in unison changing the tone and timber of both instruments. This is very exciting to watch and hear.   Dot from WURW Radio says “Poppa D is the most musical Guitar Player I have ever heard”.   Host Kjell Andreassen  of   RADIO HOLSTEBRO 97,4 MHZ Denmark says” I play this music alongside the legends and it holds up wonderfully!”
This is your opportunity to connect with one of the most organic bands on the tour circuit today. No backing tracks or trickery. Just good ol Blues Rock played with honest passion. You will not be disappointed. 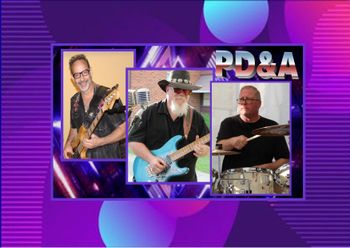 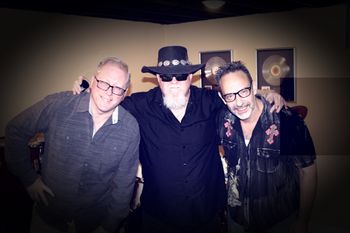